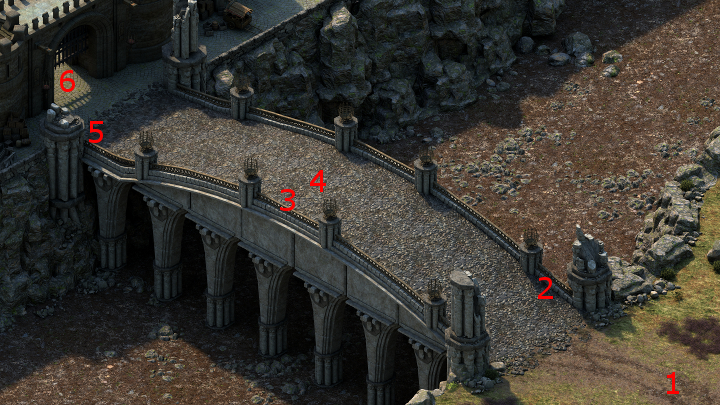 The party starts off at #1 on the map of the Aedelwan Bridge. They cross the bridge, whereafter Alliria asks Justificiar Forgar a few questions at #5.

The video concludes with the party stepping through the gate at #6 and commencing the start of Act 2. 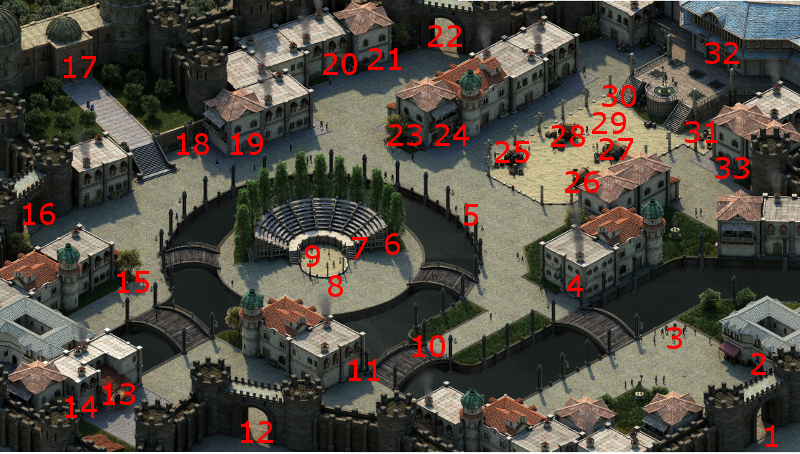 The party starts off at #1 on the map of Copperlane.

Rowan, a leader of the Dozens, will be giving a public speech at #3. He'll gladly field questions about the Dozens, animancy and Defiance Bay.

*Evil* Eder on the Dozens

After speaking to Rowan, Eder will want to speak to the protagonist. He makes it clear that he doesn't have a very high opinion of the Dozens.

Gordy can be found at #11. Agreeing to his request to get a March Steel Dagger for him will start the Something Secret task.

Here I show the evil party heading over to a merchant named Lora, who's at #25. There are two items that I purchase.

One is Telda's Ring, which I purchase for Aloth. In a game setting where I have less Camping Supplies, more bonus spells for a Wizard is a good thing. In fact, my entire set up around Aloth is to free up his ring slots for rings that provide bonus spells.

The other is the Ashwood Cameo Figurine, which can summon a Delemgan once per rest. I have Zakara place it in one of her quick-item slots for now.

Alliria purchases a Ring of Deflection for the Orlan Rogue.

Alliria now speaks to Igrun at #27. He indicates that he sold a White March Dagger to a band of adventurers who are likely at the nearby Goose and Fox.

The good party purchases the Shatterstar War Hammer from him. It will make for a decent interim weapon for Hiravias.

Now it's time to head over to the Goose and Fox, the entrance to which is at #4.