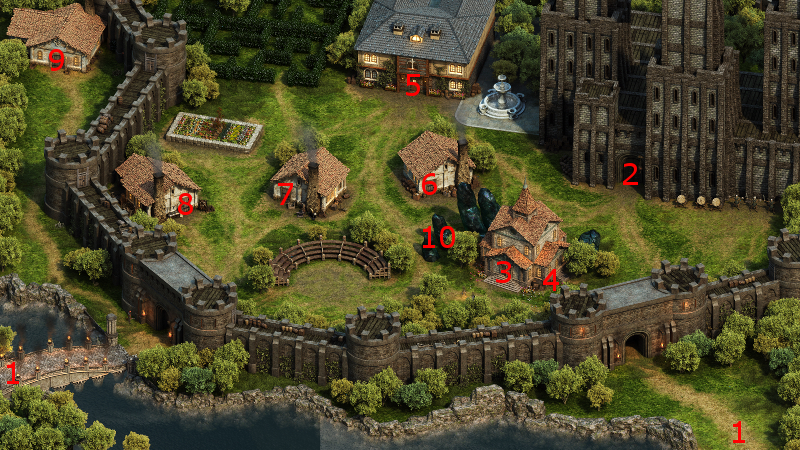 Now it's time to resume my exploration of the Endless Paths. Recall that the trapdoor at #4 on the map of Caed Nua allows me to reach other points in the Endless Paths that I have previously uncovered. I take the stairs to Level 5. 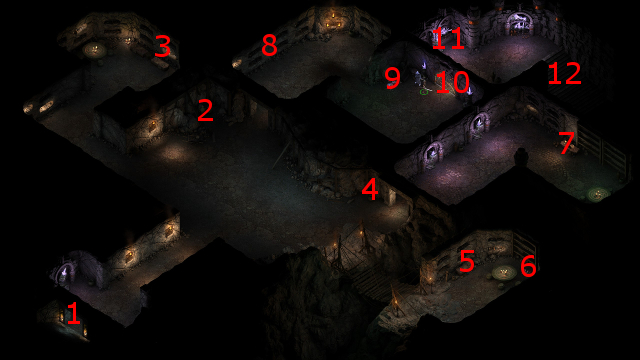 That brings me to #1 on the map of Level 6. There will be a LOT of Skeletons and Darguls in the room ahead, but I slaughter them easily.

The corpse at #5 has a Scale Armor called Hirbel's Protective Skin, but I'll just sell it.

The trapped sarcophagus at #6 has the Sapphire Overseer Seal, which is needed to make progress.

More undead to fight on the west side of the level. The Peridot Overseer Seal is in the trapped sarcophagus at #3.

Seals of the Endless Paths